This sweet family, who has gone through some difficult times with some health issues, kindly welcomed me into their home to move their furniture around, bribe their kiddos to sit where I wanted them to, and worried about their tiny baby girl who suddenly didn’t want to sleep for hours (yes, it happens all the time in newborn shoots). Fortunately they like to read stories together, so we got the busy little guy interested and ‘in’ the shots at least, and got some beautiful and realistic images of them as a family, doing what they like to do.

At the end of the day, it is delightful to see the images that we, as photographers, are able to capture, to remember the people and stories behind them, and to forget about all the hard lighting, the bribing, and the fast thinking that it took to get those images. But most of all, it is gratifying to know that this family will enjoy the story of their busy, crazy, but blessed lives at this moment in time.

John & Carly got married on a beautiful, sun-filled July day at the Beaumont Inn in Dallas, PA. From the elegant black and white decor including feathers, flowers, and chandeliers, to the bride’s beautiful vintage-styled gown and peek-a-boo veil, this outdoor wedding was lovely in every way. And these two, with their best friends and family joining them for an intimate ceremony and reception, wore their ‘heart on their sleeve’ for all to see. Carly’s mom walked her daughter down the long, outdoor pathway, and music was played while Carly sat on the edge of the dance floor, honoring the memory of her dad who passed away a few years ago. Her sister and matron of honor, Erin, gave Carly their father’s dog tags before the wedding as her “borrowed” item. It was a pleasure to be part of your day, Carly & John, and we wish you all the best in your marriage!

These two have quite the love story! They met in Alaska getting ready for a wedding they were both standing up in {Brynna was the maid of honor; Brent was the best man}, and when Brent got off the plane and saw Brynna waiting, it was pretty much love at first sight. These two worked side by side for a week finishing the wedding details when the bride got sick, and during that time together, they decided to start dating as well. There was one BIG problem…Brynna was leaving for Mexico in two weeks to live and teach for two years. So, they ended things while Brynna was out of the country to allow her to better adjust to the culture and life in Mexico and focus on relationships and teaching there. And Brent, every now and again, emailed her, found out how she was doing, prayed for her, and thought about her…A LOT! Brynna, not wanting to give false hope, carried on with life in Mexico, compared guys she dated to Brent, and emailed him back, every now and again. Fast forward 3 1/2 years, with Brynna back in the country and living and working out of state. Brent asked if they could meet up over Christmas, have coffee, and chat (well, something like that). And…to make a long and very interesting story short, they met up, still had feelings for each other, and started dating again {insert cheering, here!}. They got engaged on Memorial Day and are getting married Labor Day weekend, with only a few months to plan, but a lifetime to love! It’s a sweet, but complicated love story, and to make it even better, as Brynna’s mom, I got to capture this love in pictures. We decided on a “travel” theme, since much of B & B’s story revolves around travel, and we are so thankful that God brought them around the world and back together again! And…btw…B & B found out they were raised only 45 minutes away from each other when they met in Alaska!  {“For my thoughts are not your thoughts, neither are your ways my ways,” declares the LORD.} Isaiah 55:8

As a photographer…as a human…choices are endless, right?!  Just look at how many coffee drinks you can pick from! Emails and ads giving you choices, asking you to buy products, and telling you what you “need” are endless! And things on your to do list “seem” endless {hey, I need a coffee!} So, in the editing process, finding something that helps cut down on my time in front of the computer, making this perfectionist photog more effective, and giving me the look I want for my images is a time-saver and something I want to share! I use the editing program, Lightroom, which I love as a wedding photog editing lots of images. And I also love Pretty Presets {take a look}. These basically are collections of “adjustments” that you add to your images to get the look you want. So instead of manually making adjustments to every image, I hover over a “preset”, see the adjustments it would make, and then apply it to an image {or 20, at once!}. I love Pretty Presets and have some favorites I use to get my own look. I don’t use every preset in every collection–in fact, I probably only have 2-3 presets I use from each collection that give me the look I want, but it is a great time-saver and I love them and encourage you to give them a try. So…do I want to make every change manually? brightness/contrast/bring up highlights/increase blacks/sharpen? or do I want to pick a favorite preset, apply to my images and then tweak if needed? Take a look to see some of the BEFORE and AFTER images below using some of my favorite Pretty Presets {disclaimer–getting your manual settings right “in camera” makes for much easier editing and use of presets}: presets used include golden age/sassy/tutti fruity/all in one cleaner/boho chic/sherbet-from different collections

Add an adorable, fluff-ball golden-doodle, surprisingly well-behaved, to an engagement shoot and that adds up to some great images and a lot of fun! Our engagement session at Lake Scranton with Natalie and Bill, who came with “Dunkin” (the puppy) and lots of props to use was an adventure in itself, because we did not know a few minor details about the area until we got there. But everyone being good sports, we went ahead, shot lots of pictures, got lots of bug bites, and had a great time at a beautiful location! Looking forward to shooting your wedding, and wishing you guys all the best as you finish up the details (that Natalie has mostly finished!). And…a shout out to Natalie’s dad–because when you are “puppy-sitting”–you have time to look around and think of some more fun shots to end the session with, LOL.

Barns are great, and for wedding photographers and engaged couples the past few years, they are the best! Each barn offers a lot of character and each one is different. And they are the perfect place for a rustic and beautiful wedding, with the bride and groom giving the venue it’s own personalized touch by the decor they choose to set up. This former dairy barn with hand cut post and beams in Pleasant Mount, PA, converted into a wedding venue fairly recently by the dairy farmer himself (Mark) and his wife (Sue), does not disappoint! Take a look at the photos (credit to my assistant/daughter, Talia) and see what you think and make sure you drool over the handmade wagon wheel light. And as the owners and hosts gear up to book the 2018 season, Mark is starting to handcraft tables for the 200 plus person space that will be the perfect setting for the vintage, pinterest-y wedding of your dreams! Check out Pine Hill Farm’s facebook page here! And if you need a photographer to go along with that barn, check out PS Impressions website here. I am only twenty minutes away and have camera…will meet you there!

I love outdoor, natural light photography most days of the year. But when it’s too chilly for my grand babies from the south (really, too chilly for me, thinking it SHOULD be spring…to want to go outside for another shoot in the cold), you look for some natural light indoors and do a lifestyle session. The grand babies are used to me, their Nana, with camera in hand, because I journal life that way. So, enjoy these super cute kids doing what they do–loving life, showing emotion freely, and lighting up the world for the adults who love them! {And maybe next time when they visit it will be warmer and we can have some fun outdoors!}

These tiny babies, only 14 days old, run the whole show during a newborn session! If they are unhappy or fussy, or not willing to settle down into a deep sleep for at least 10 minutes (heck, I’d take two minutes!) despite the 75 degree section of studio we’ve heated, lavender lotion, patting, being fed by mama, and anything else we can think of…, then we just do the best we can and shoot while mama is trying to comfort them. Fortunately, we cover this all beforehand, so everyone knows what “may” happen (but secretly hopes it doesn’t)! So, even in these “look peaceful like he is sleeping” photos, Joey wasn’t really settled (we did wonder if he is stubborn, like his dad, ha, ha). But I keep shooting, and we get images that can never again be recaptured (like the image I love and call “adoration” with Joey and his four siblings), and we celebrate life and God’s gift of babies! Enjoy the images, but you won’t find my usual “sleeping newborn” photos in this session…because this is Joey’s story!

We met Alyson & Jimmy at Ricketts Glen for their engagement shoot, and it was of our favorites (well…maybe I say that about every shoot) but we had a great time with them and could not have asked for better scenery  or a nicer couple. Everything came together for their wedding day, too-beautiful fall weather, gorgeous colors, all the bridal party (24 or 25…I really couldn’t count them all!), and a great day to celebrate these two tying the knot–and celebrate they did! We loved being with them and getting some great shots of their special day. Alyson & Jimmy-we wish you all the best and a big congratulations to you guys!

We met Erin and Mike for the first time when they came to my house for a winter engagement shoot. There was, uncharacteristically, not much snow around our area last year, and they really wanted snow. So…the ski resort cooperated, and started blowing snow the day they came for their shoot. It was a freezing cold day and these two were such good sports at the mountain, and then back at the farm (after warming up with hot cocoa), that we got lovely pictures. So, we figured that anything after that with these two was a piece of cake! So now, a fall wedding, a bit (maybe a lot) of rain, moving the ceremony indoors at the last minute, posing under an umbrella and under rooftops…this warm-hearted bride and groom and their bridal party did what we asked of them, had fun, made some memories, and we got some great pictures! All our best to you, Erin & Mike! 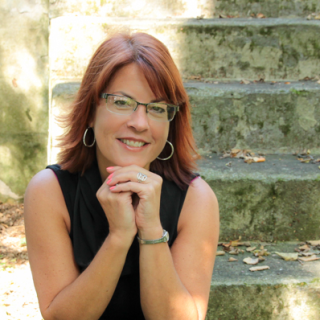 this senior session was so much fun…in a state park, looking for fall color, lying in leaves, on rocks, and climbing over fences. thanks for being a great sport, leah! we had lots of laughs for sure! i love your beautiful megawatt smile (and YOU)❤️. #seniorpictures #portrait #portraitphotography #fallcolors #marylandphotography #catoctinstatepark #psimpressions #seniorgirl #girlnextdoor